Juneteenth: A Resounding Affirmation of Strength and a Celebration of Freedom : Powering Lives Network

Juneteenth: A Resounding Affirmation of Strength and a Celebration of Freedom

War-tattered boots of Union soldiers filed onto Texas soil in Galveston, June 19, 1865. The news they’d been charged to deliver came nearly two and a half years after the enactment of President Abraham Lincoln’s Emancipation Proclamation of 1863, and would simultaneously fossilize what was left of a nearly 400 years old deplorable system, while birthing a new, liberating reality better known as freedom.

“The people of Texas are informed that, in accordance with a proclamation from the Executive of the United States, all slaves are free.”

Celebrations broke out among newly freed African American people, and Juneteenth (a combination of June and nineteenth) was born. Juneteenth is the oldest known commemoration of the abolition of slavery in the United States. On the anniversary date of liberation, freed African Americans in Texas celebrated with prayer, feasts, song and dance. As the news of freedom spread through the country, so did the jubilees. 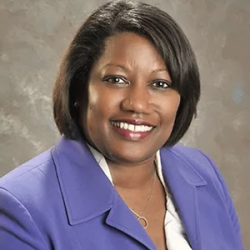 “Juneteenth honors the history and contributions of African Americans and acknowledges their road to freedom,” said Melissa Washington, senior vice president of customer operations and chief customer officer at ComEd. “The lessons of the past inspire us to foster a spirit of inclusion and promote the strengths of equity. When we sow these values we stand to build the greatest nations, the greatest communities, and the greatest companies. We mirror these values and engage them in all we do at ComEd.”

The moral compass of the universe spun in freedom’s favor June 19, 1865, marking the beginning of a new era for African Americans in the United States. Juneteenth allows a moment of pause to honor the martyrs of freedom and recharge their descendants who further the mission of inclusion and equity. A mission carrying the promise that African Americans in the United States will be valued for what makes them unique, and the inherent strengths of freedom, equity, and inclusion will be preserved.

“Juneteenth commemorates a pivotal turning point in American history,” said Shantinel Laws, senior work planner at ComEd and president of Exelon African-American Resource Alliance (EAARA) Chicago. “It acknowledges that although America was freed from Britain’s rule July 4, not all people within America were free. It would take nearly a century following America’s Declaration of Independence before African Americans were liberated from enslavement in the United States. Juneteenth is a celebration of liberation; a baton to pass along the legacy of freedom; a hand raised to be properly counted. EARRA members work daily to further the mission to ensure the raised hands of African Americans are counted in the workplace, and communities at-large.”

Annual Juneteenth celebrations began in Texas. In the ensuing decades, Juneteenth celebrations spread throughout the United States and traditions evolved to include prayer, religious services, speeches, educational events, family gatherings, picnics, festivals, music and dancing. In 1980, Texas became the first to declare Juneteenth a state holiday; followed by several other states. June 17, 2021, President Biden established Juneteenth, officially Juneteenth National Independence Day, as a legal federal holiday. Juneteenth is a resounding affirmation of strength and a celebration of freedom ringing from the highest mountain peaks to the lowest valley floors, in the United States of America.

In honor of Juneteenth, EAARA Chicago will commune with Nicor and Peoples Gas to host a picnic and softball tournament in Oak Brook, Illinois. The festivities will include food, music, a host of games, good vibes, jubilance and the spirit of freedom.

From sundown Friday to Saturday evening, millions of people in Illinois and around the world observe shabbat, or the sabbath,Read More

National Pollinator Week, June 20–26, is designed to raise awareness about declining pollinator populations across the globe, as well asRead More

April was National Volunteer Month, and ComEd employees truly showed their commitment to causes close to their hearts by spendingRead More