Women across the globe are breaking barriers and opening doors for future female leaders in careers focused on science, technology, engineering and math (STEM). Irina Volkova is one of those trailblazers as the first woman at ComEd to become a principal engineer.

Volkova, who previously served as a senior engineer, was promoted to this position in April and will continue to design high-voltage equipment vaults and transformer rooms for high-rise buildings, medical facilities, network and data centers.

“It was my personal goal to get to this position because I felt that it aligns with my responsibilities and reflects my technical background and experience,” she said. 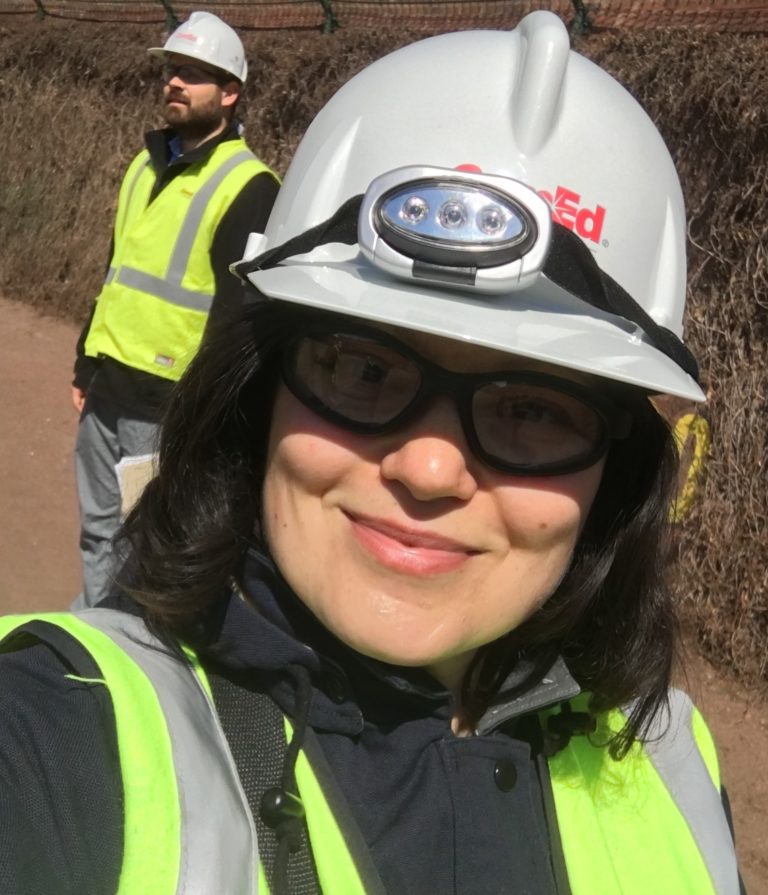 Irina Volkova makes history as the first woman to become a
principal engineer at ComEd.

Born and raised in Russia, Volkova knew engineering was her calling at an early age. Her parents, who were both engineers, sparked her interest in this profession.

“I would often visit my father’s place of work and notice all the machinery and processes he was responsible for,” Volkova said. “And my mom would always light up talking about her projects. I felt like I had to achieve something like that in my life.”

After attending college in Russia and working as an engineer at a printing company in her hometown, her family moved to the U.S when Volkova was 25 years old.

She worked as an electrical design engineer and an assistant project manager at several companies before finding her home at ComEd in 2004. After working as a contractor for five years, she became a full-time senior engineer in 2009.

“I’ve been in the same department since I started at ComEd,” she said. “I always felt motivated to stay in this group, to work on my own growth and train others so we can all be strong designers and engineers together.”

From the planning stage to final construction, Volkova says her favorite part of her job is seeing the fruits of her labor.

“I love seeing customers happy because the electrical vaults I design, the transformers that I calculate based on the customer’s loads, are providing their building reliable power,” Volkova said.

She adds that her co-workers also contribute to her happiness.

It was my personal goal to get to this position because I felt that it aligns with my responsibilities and reflects my technical background and experience.

“I have great mentors and co-workers that make my professional life so much greater,” she said. “I want to thank my managers for helping me get to where am today.”

For any young women wanting to pursue a career in STEM, Volkova offers some advice.

“Don’t be intimidated at all,” Volkova said. “If you feel strongly about your knowledge and experience, others will too.”

Meeting future energy needs while protecting the environment is fundamental to creating a brighter future for customers and communities. AtRead More