As we celebrate Black History Month at ComEd and throughout our prosperous nation this February, we honor pioneers like Labor Activist Charles Vernon Stewart, III and other countless African Americans who contribute to the progressive and robust economy of our states, cities, communities and businesses.

When Stewart was growing up there was no such thing as an African American, second-generation member of the International Brotherhood of Electrical Workers (IBEW). Anthony “Tony” Miller, substation construction crew leader at ComEd and several other IBEW members are thankful for those like Stewart who have paved the way for them to now join this prestigious organization.

“Because we serve more than 4 million customers across Chicagoland and northern Illinois, ComEd is committed to a corporate culture based on diversity, equity and inclusion (DEI). Our priorities are to hire a diverse workforce that reflects the communities in which we live and work, drive fair and equal opportunities for all, and foster a workplace that is inclusive of all of our differences.” (ComEd, diversity, equity and inclusion report, 2020)

An active pursuit of excellence

Stewart was born in Tuscaloosa, Alabama but migrated to the Midwest and landed in the Windy City. In Chicago, he, along with his stepdad, hurdled over racial barriers that aimed to restrict African American’s access to educational resources. Despite several roadblocks, Stewart studied electrical trade magazines and helped form an underground educational effort to teach Black electricians.

Saddled to his shoulders was a feat too heavy for many individuals twice his senior.  But coursing through his young spirit, 11-year-old Stewart embodied high quality standards of excellence. Stewart went on to become the first African American admitted into Greer College – a trade school for electricians – and later helped his stepdad establish Taylor Electric Company in Chicago.

Mirroring Stewart’s excellence, Miller followed his dad’s footsteps through the doors of ComEd. A second-generation IBEW member at ComEd, Miller began his career trekking miles of cement and gravel roads as a Meter Reader. He later earned a position in System Service Group (SSG) and after years of sweat-inducing labor, Miller transitioned to the substation construction department and worked into the role of crew leader, where he currently instructs, oversees and teaches future generations of leaders.

In 1943, Congress forced unions to desegregate and Stewart was among the first three percent of African Americans to join the IBEW.

For 24 years and counting, Miller has enjoyed working at ComEd with a multitude of African American men and women who reflect his own ethnic and cultural background. His biggest inspirations through his career have been his father, Willie Miller, retired substation supervisor at ComEd, and Frank Clark, former chairman and CEO at ComEd.

“Clark is the essence of the American dream. He worked his way up from the mailroom, through the Vietnam war, and into the position of chairman and CEO at ComEd,” said Miller.

African American visionaries and activists like Stewart demolished barriers and lit the way for people like Miller, who continues to literally light the way from ComEd’s deepest penetrating manholes below to its highest towering transmission lines above.

“Thank you!! You may not understand how powerful your sacrifices and accomplishments were but because of you, I am,” said Miller. 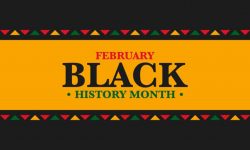 In celebration of Asian American and Pacific Islander Heritage Month, ComEd employees reflect on the contributions and influence of AsianRead More

read more
3..2..1…Blast Off! Buckingham Fountain is Back On for the Season

https://vimeo.com/712178403/129346a30c On a bright and sunny Saturday afternoon, 7,000 Chicagoans eagerly gathered around Buckingham Fountain to witness one of theRead More